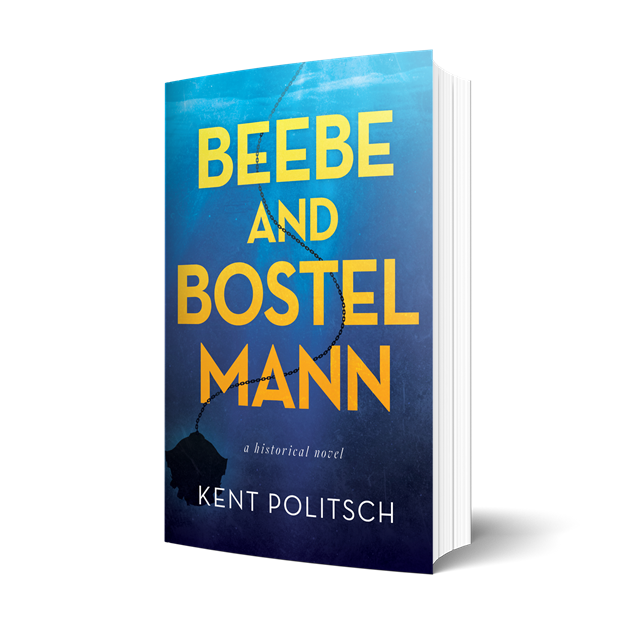 In 1929, William Beebe went looking for life where other scientists claimed it did not exist, a half-mile deep in the ocean. He found it. And he found an artist with more passion than he bargained for, an artist who put his sightings on the cover of magazines and newspapers throughout the world.

But German-born Else Bostelmann also brought intrusive observations to Bermuda for Dr. Beebe’s historic bathysphere dives. She pushed the bounds of politeness while watching Beebe charm his young science assistants into bed. She questioned his inability to turn down their physical desires despite his recent marriage to a beautiful and successful woman half his age.

Beebe and Bostelmann looks back on a moment in human courage when William Beebe submerged far below depths thought feasible. He saw – and through Bostelmann’s pens and brushes – recorded the strange aquatic life that contrarians said could never survive under the weight of the oceans.

What pushed Beebe to risk his life a half-mile deep in a tethered iron ball held by a rickety barge? Why did he hire a 29-year-old female science assistant despite warnings from male intellects against such a move? Else Bostelmann inquires and boldly theorizes when she and Beebe collaborate on the artwork that helped him expand his fame. With its roots embedded in exploration, Beebe and Bostelmann probes more than life beneath the sea. It examines the impact of lost love and how it affects human will.

Be an advanced reader

If you want to be an Advanced Reader of Beebe and Bostelmann, please send your email address to authorkp1930@gmail.com so I can send you a link to the ePub download option before December 2. Then, on December 2 please go to Amazon and put an honest review.

The page you requested could not be found. Try refining your search, or use the navigation above to locate the post.